In 2016, Matheus Sborgia, then a 26-year-old Brazilian pastry chef, received sad news: Luis Sborgia, his grandfather, had passed away. Matheus was in Pollenzo, in northern Italy, about to graduate with a bachelor’s degree at the University of Gastronomic Sciences, where he had dived head-first into the world of food. In Brazil, his grandfather had left behind 50 hectares (124 acres) of pastureland in the municipality of Inocência, in the heart of Cerrado, the Brazilian savanna, where for decades he had raised livestock.

“That was just a click. ‘You need to go back to Brazil,’” Sborgia said. “You can go back to your home and look after a potential piece of land that could make a difference and change the way agriculture works.”

Sborgia had traveled around the world for 11 years, from working in a restaurant in Melbourne, Australia, to experimenting with culinary art at Noma, a three–Michelin-star restaurant in Denmark frequently named the world’s best. But at university, Sborgia realized that when talking about food, one should consider how environmentally sustainable it is, and common sense showed that meat was the opposite of sustainable.

A 2013 study by the Food and Agriculture Organization of the U.N. (FAO) showed that animal agriculture accounted for 14.5% of all human-driven carbon dioxide emissions. Meat production is widely recognized as one of the main causes for the deforestation of several of the world’s rainforests, including the rapid shrinking of the Amazon Rainforest. The bill includes the 60% of agricultural land on the planet used to grow plants that feed animals, along with vast amounts of water — 20,000 liters to produce a kilo of meat, or 2,400 gallons a pound — and emissions of methane, a more potent greenhouse gas than CO2, farted out by billions of cows around the world. Vegan and vegetarian campaigns against livestock production typically highlight it as being one of the major causes of global warming and climate change.

“So I thought it didn’t make sense to go back home and raise cattle,” Sborgia said. When he returned, though, he soon realized that his grandfather’s land was too small for a banana or papaya farm, and too far from the closest village to think of growing any produce at a commercial scale. He found himself encumbered with a plot of land that allowed only livestock farming, left bare and lifeless from the thousands of animals that his grandfather had raised on it for decades.

But Sborgia didn’t give up on his dream, and started doing more research into animal production. The more he studied, the more he understood that there might be a way to raise cattle sustainably. He ultimately discovered a practice he hadn’t heard of: regenerative agriculture.

“I thought, why do I want to only sustain when I can regenerate?” Sborgia said. “At the stage we are at, it is not enough.”

Sborgia embraced the idea of holistic management and rotational grazing preached by Allan Savory, a Zimbabwean ecologist, livestock farmer, and president and co-founder of the Savory Institute. In 2013, Savory gave a TED Talk that popularized his provocative idea that to save the planet from climate change, instead of reducing livestock farming, we would have to increase it.

“Cows are extremely selective. They will travel whatever length to find the little grass or the bush they like. So they’re going to overgraze a couple of species and undergraze others,” Sborgia said. Over time, the pasture turns unproductive because of the selective grazing, and farmers are left to feed animals with industrial grains, plow the land, buy and plant seeds, and spread fertilizer to help the pasture regrow.

Instead of letting animals range free at their will, Savory advocates for the hyperconcentration of herbivores that eat everything in a small plot of land, compact the soil, defecate, and quickly move away — mimicking the great migrations of the grazing herds of millions of buffaloes, gazelles and zebras that once populated the world’s grasslands. Before humans directly or indirectly exterminated most of them, wild animals advanced from place to place quickly, and in compact groups to evade the hungry predators that stalked them.

Sborgia put together a crowdfunding campaign to build the infrastructure for the new land management system he had in mind, rolled up his sleeves, and embarked on an adventure his neighbors initially thought was a joke.

He divided his land into mini plots and took on the role of a wild predator, moving his 200 cows every day from one plot to another. According to Guido Carillo, an agronomist who works on creating sustainable agricultural systems in Latin America, pastures actively absorb CO2 from the atmosphere more effectively than trees, storing it in the ground and feeding microorganisms that regenerate the soil.

“If the pasture is not grazed, we lose the opportunity to sequester carbon into the soil,” Carillo said. “By removing the herbaceous part of the plant, [the animals] stimulate the roots to capture more carbon dioxide.” Also, animal waste enriches the pasture, creating a synergy between plant, soil and animal.

The Cerrado suffered one of its worst wildfire seasons ever during the past year, and while the fields around Sborgia’s property were dry, his own land was green and full of life. If pasture is not plowed, the plant’s roots push deeper into the ground and allow the soil to retain water for the dry season. According to Savory, it’s the absence of plant cover over the soil that accelerates the desertification process in the world’s savannas.

The Savory Institute has trained more than 10,000 farmers worldwide to apply holistic management on a combined 9 million hectares (22 million acres) of land. While many swear by the results of this kind of agriculture, others call Savory’s claims unscientific, saying his method lacks scientific reproducibility and proof.

It’s not the cow, it’s the how

Darren Doherty is the founder of Regrarians, a platform that has consulted for some 4,000 farms and trained more than 15,000 farmers looking to learn about regenerative agricultural systems. Doherty told Mongabay that most people blame cattle farming for climate disruption because they only see the inputs that go into production and the outputs generated, while never considering the landscape’s function as part of the equation.

“That’s a really critical oversight because one needs to appreciate that if you use any management system, be it cattle or sheep, if landscape function is increasing, then the earth knows that it’s being repaired,” Doherty said. He added that everything, from plants to animals, needs to collaborate to create a sustainable agricultural system.

Aline Kehrle, a veterinarian and owner of Agropecuária Kehrle, was one of Doherty’s students. In 2013, she also took over her grandfather’s farm, which sprawls across 5,000 hectares (12,400 acres) in Aliança do Tocantins, Brazil. She currently has 2,000 head of cattle, split into two groups of 1,000. Every six hours, the groups are moved to a new 1.5–hectare (3.7-acre) plot. Kehrle uses only 250 hectares (620 acres) — one-twentieth of the property — and it takes between 25 and 30 days for the herd to cycle back to the plot they started out from.

Thanks to this rotation, Kehrle said she has seen wild animals returning to the land her grandfather had used for conventional cattle farming since the 1980s. And while her neighbors have had to continue buying grains to feed their cattle, she said she has much more pasture because of the holistic management system then she needs.

“It’s not the cow, it’s the how,” Kehrle said. “This planet could handle way more ruminants than it has today. But the problem is the way humans are treating those animals, the way they are using the resources to feed those animals and raise those animals.” We don’t have to stop eating meat to save the planet, she said, but at the same time, we don’t need to eat much of it every day: it’s all about finding a balance.

Sborgia is now starting to expand his farm, adding another 60 hectares (150 acres), saying he wants to be doing his part to regenerate his homeland’s soil.

He decided to name his farm Terras Caipora. Caipora, in the local Indigenous Tupi Guarani mythology, is the guardian of the animals and the forest.

“We need to remember that we are not detached from nature,” Sborgia said. “We are nature.” 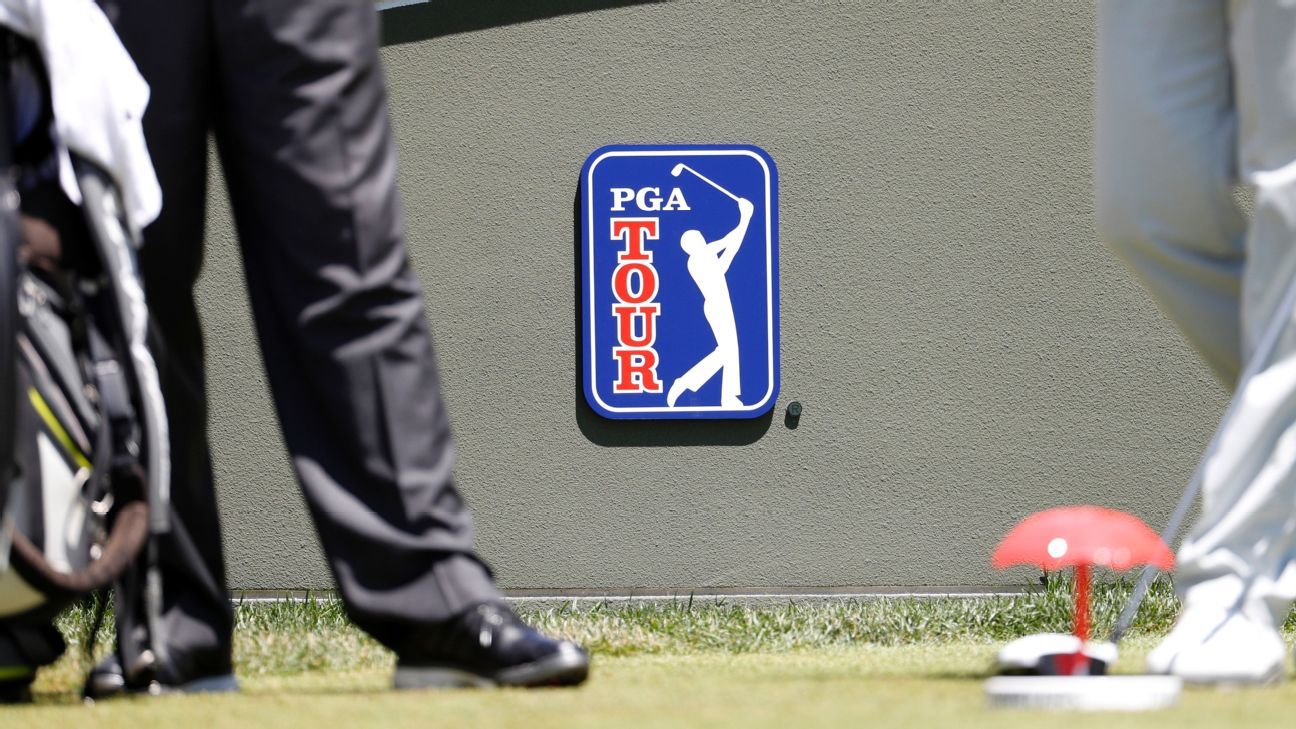 What Is Joint Car Insurance?
3 mins ago

The Pandemic Will Be More Deadly This Year
5 mins ago