I’ve been bearish on Netflix (NFLX) for many years, not because the firm provides a poor service, but because it cannot monetize content as well or sustain investment in content for as long as its competitors. Though the stock has only become more overvalued, my bearish thesis is proving truer by the day.

With its huge subscriber miss in 1Q21 and weak guidance for subscriber growth, the weaknesses in Netflix’s business model are undeniable. As a growing number of competitors take market share at a rapid rate, it’s clear that Netflix cannot generate anywhere close to the profits implied by the current stock price. Netflix is back in the Danger Zone.

Netflix reported just under 4 million new subscribers in 1Q21, well below its previous guidance of 6 million and consensus expectations of 6.3 million. Management guided for just one million subscriber additions in 2Q21, which puts Netflix on the lowest subscriber addition trajectory since 2013, or when Netflix began producing original content

Netflix can claim, as they did in their 1Q21 earnings press release, that competition didn’t play a large role in the subscriber miss, but market share data for the streaming industry indicates otherwise. According to a report by Ampere Analysis, a media and content analytics firm, Netflix’s share of the U.S. streaming market fell from 29% in 2019 to 20% in 2020. Figure 1 shows Netflix lost a lot of market share and gained a lot of competitors in 2020.

Figure 2: Lots of Competitors in Online Streaming Because Barriers To Entry Are Low

**Pricing based in Yuan, converted to Dollars

***Monthly Active Users (MAUs). As a free service, Tubi reports MAUs instead of numbers of subscribers.

To date, I underestimated Netflix’s ability to raise prices while maintaining subscription growth, because I expected competitors to enter the streaming market sooner. But, now that the competition is here, my thesis is playing out as expected.

As a result, consumers have a growing list of lower-cost alternatives to Netflix and may not be as willing to accept price hikes going forward. Per Figure 3, Netflix already charges more than nearly every other major streaming service. For reference, I use Netflix’s “Standard” plan, as it allows streaming across multiple devices, as do each of its competitors at the monthly rates in Figure 3.

Figure 3: Monthly Price for Streaming Services in the U.S.

Competition Hurts the Bottomline Too…

Increased competition hasn’t only hurt subscriber growth, market share, and pricing power, it also raises the costs for the company to produce, license, and market its content.

In recent years, Netflix has had to spend more to secure content creators, such as the $150 million deal for Greys Anatomy creator Shonda Rhimes in 2017 and the $300 million deal for Game of Thrones creators David Benioff and D.B. Weiss in 2019, to long-term contracts.

Netflix’s is paying more than ever to acquire subscribers. Marketing costs and streaming content spending has risen from $308/new subscriber in 2012 to $565/new subscriber over the trailing-twelve months (TTM).

For a user paying $14/month in the US, it takes over three years for Netflix to break even. It takes nearly five years to break even on international users, where Netflix is seeing the most subscriber growth.

Despite a 3+ year break-even period for new customers, Netflix often cancels shows after three seasons. Such a strategy keeps content fresh, but it is very expensive and also risks alienating subscribers that signed up for a particular show before Netflix can break even on them.

Competition Creates a Catch 22: Growth or Profits, but Not Both

Netflix’s free cash flow was positive in 2020 because the firm cut content spending. But, not growing content spending in 2020 resulted in subscriber growth cratering – per Figure 4.

So…Netflix plans to spend $17 billion on new content in 2021….but will it work? The data suggests “no” and that throwing billions of dollars at content will not be enough to fend off its competition.

Here is where Netflix narrative breaks down: the content spending cuts needed to be profitable prevent Netflix from achieving the scale (i.e. number of subscribers) needed to justify its lofty valuation.

Spending lots of money does not guarantee high-quality content. Here’s The Verge’s take on Netflix’s original content strategy: “the scattershot tactics of Netflix’s hundreds of original shows and movies that flare up into the spotlight for a few days or weeks and are then forgotten.”

Consequently, Netflix must continue to invest a significant amount of money in its licensed content library, such as the $500 million for Seinfeld and the more recent deal with Sony Pictures, rumored to cost $1 billion.

Netflix has one revenue stream, subscriber fees, while Disney (DIS) monetizes content across its theme parks, merchandise, cruises, and more. Additionally, competitors such as AT&T (T) and Comcast/NBC Universal (CMCSA) generate cash flows from other businesses that can help fund streaming platforms.

The stark contrast begs the question – how long can Netflix keep up? I don’t think Netflix’s money-losing mono-channel streaming business has the staying power to compete with Disney’s (and all the other video content producers’) original content spending ­– at least not at the level to grow subscribers and revenue at the rates implied by its valuation.

Netflix, as of mid-2020, has no plans to grow subscribers through the addition of live sports. CEO Reed Hastings noted, “But right now, Ted’s [co-CEO and chief content officer Ted Sarandos] got every billion dollar earmarked for bigger movies, bigger series, animation of course… At least for the next couple of years, every content dollar is spoken for.”

Meanwhile, Disney, Amazon, CBS, NBC, and Fox (each of which as their own streaming platform) are securing rights to more and more live content, especially the NFL and NHL, which gives them a very popular offering[2] that Netflix cannot match.

I use my reverse discounted cash flow (DCF) model and find that the expectations for Netflix’s future cash flows look overly optimistic given the competitive challenges above and guidance for slowing user growth. To justify Netflix’s current stock price of ~$505/share, the company must:

In this scenario, Netflix’s implied revenue in 2030 of $89.4 billion is more than 3.5x its 2020 revenue, 2x the combined TTM revenue of Fox Corp (FOXA) and ViacomCBS and 47% greater than Disney’s TTM revenue. See the math behind this reverse DCF scenario.

Below, I use my reverse DCF model to show the implied value of NFLX under a more conservative scenario that reflects a more realistic assessment of the mounting competitive pressures on Netflix. Specifically, I assume:

In this scenario, Netflix’s NOPAT in 2030 is over nearly $8 billion (nearly 2x 2020 NOPAT) and the stock is worth just $231/share today – a 54% downside to the current stock price. See the math behind this reverse DCF scenario.

Clearly, assuming the YoY change in invested capital of revenue stays at just 10% is very conservative. I think spending will need to be much higher to achieve the growth that I forecast. Nevertheless, I use this lower assumption to underscore the risk in this stock’s valuation.

No Acquisition Bailout on the Horizon

For a long time, many investors thought Netflix would be bought by a larger competitor. However, with all the major networks/studios launching their own streaming services, who’s left to consider acquiring the company? Netflix has been a victim of its own high valuation. Companies who considered building vs. buying a streaming service realized they could build their own platforms for far less than the cost of acquiring Netflix. They chose to compete with Netflix rather than join forces because they believe they can beat Netflix.

Catalyst: Another Subscriber Miss – Lookout Below

Netflix currently trades down ~8% since reporting its 1Q21 results. As noted above, Netflix will likely continue to struggle to meet subscriber growth expectations no matter how much it spends on new content. With an already low bar set for 2Q21 subscriber growth, another miss could send shares much lower.

What Noise Traders Miss With NFLX

These days, fewer investors pay attention to fundamentals and the red flags buried in financial filings. Instead, due to the proliferation of noise traders, the focus tends toward technical trading tends while high-quality fundamental research is overlooked. Here’s a quick summary for noise traders when analyzing Netflix:

As the compensation committee notes, “we do not use performance-based bonuses as we believe that they tend to incentivize specific, typically short-term focused behavior rather than encourage long-term shareholder value creation.”

Insiders Are Selling and Short Interest Is Notable

There are currently ~9 million shares sold short, which equates to ~2% of Netflix’s float and just under two days to cover. The percentage of float shorted has increased from ~1.9% at the end of 2020. With low short interest, don’t expect Netflix to go on a meme-stock-driven short-squeeze rally with the likes of GameStop (GME) or AMC Entertainment (AMC).

Below are specifics on the adjustments I make based on Robo-Analyst findings in Netflix’s filings:

Income Statement: I made $1.8 billion of adjustments, with a net effect of removing $1.2 billion in non-operating expense (5% of revenue). You can see all the adjustments made to Netflix’s income statement here.

Balance Sheet: I made $10.2 billion of adjustments to calculate invested capital with a net decrease of $7.7 billion. One of the most notable adjustments was $713 million in asset write-downs. This adjustment represented 2% of reported net assets. You can see all the adjustments made to Netflix’s balance sheet here.

The following funds receive an unattractive rating and allocate significantly to Netflix.

[1] Based on Nielsen’s weekly releases of the most viewed streaming shows measured by minutes watched. [2] In the final six weeks of the 2020 season, the average Monday Night Football game averaged nearly 13 million viewers, and Super Bowl LV drew ~92 million viewers. [3] I use 2019 NOPAT in this analysis to analyze the pre-COVID-19 profitability of each firm, given the pandemic’s impact on the global economy in 2020. 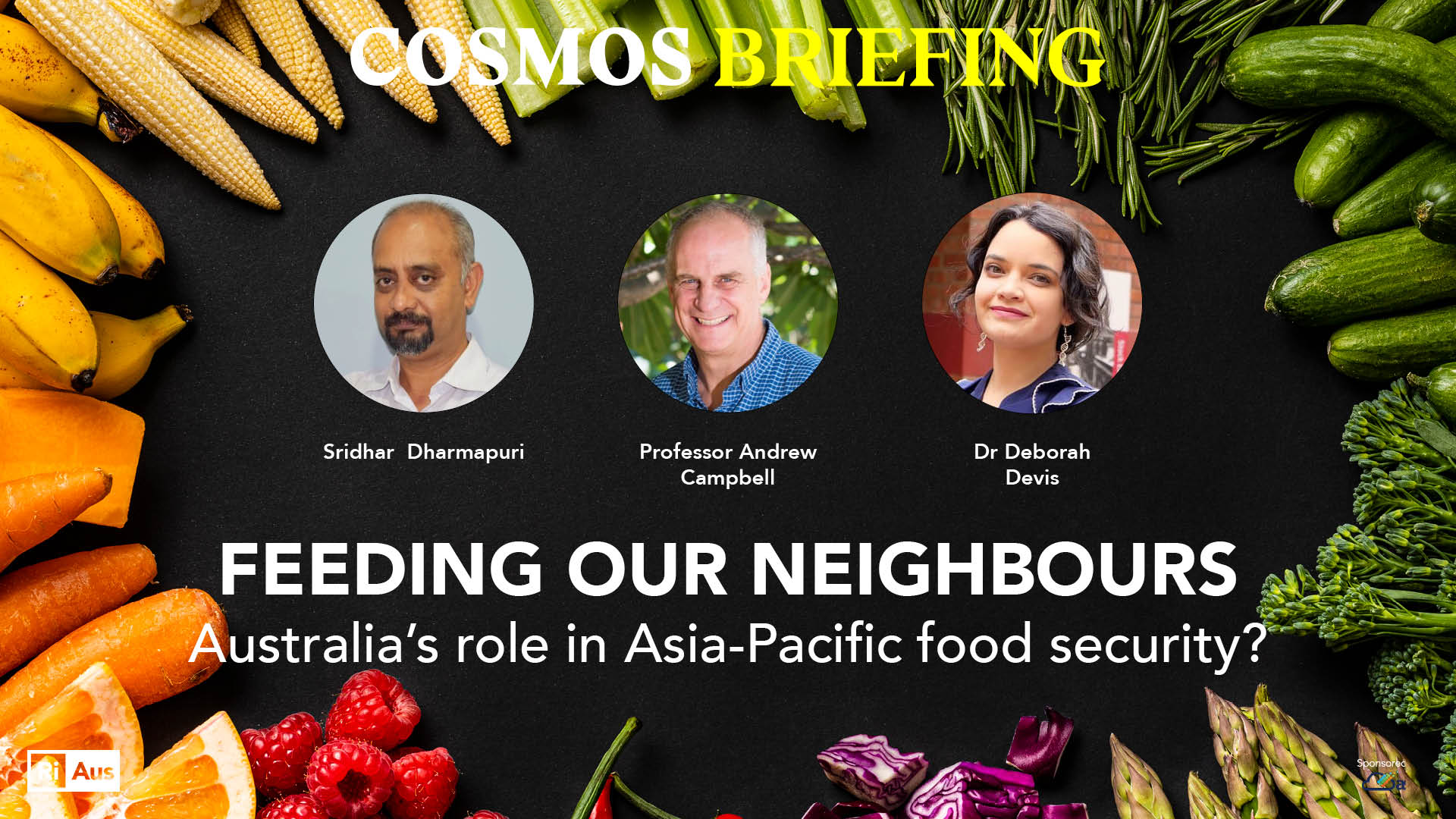 How can we achieve food security in the Asia-Pacific region?
5 mins ago

How can we achieve food security in the Asia-Pacific region?